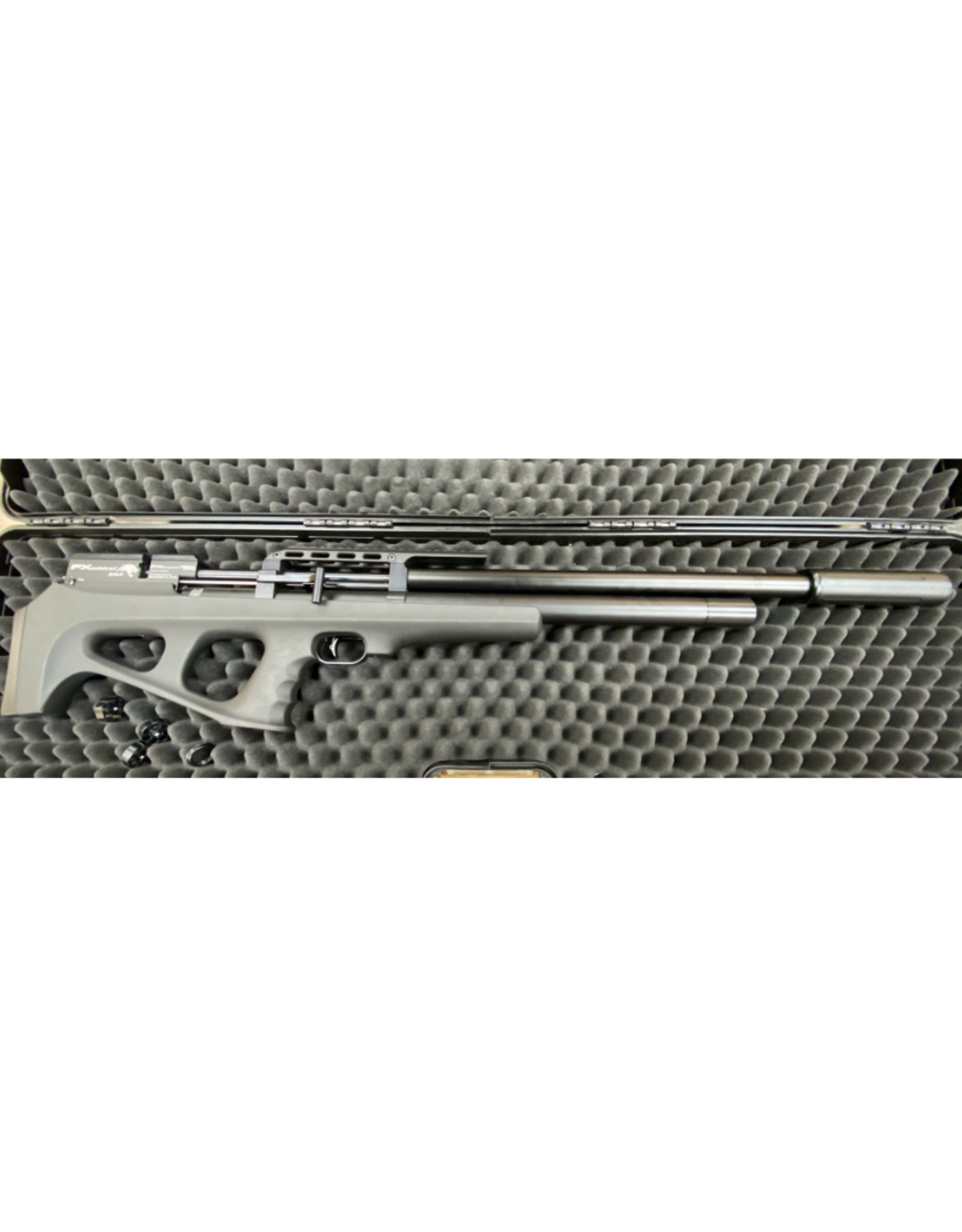 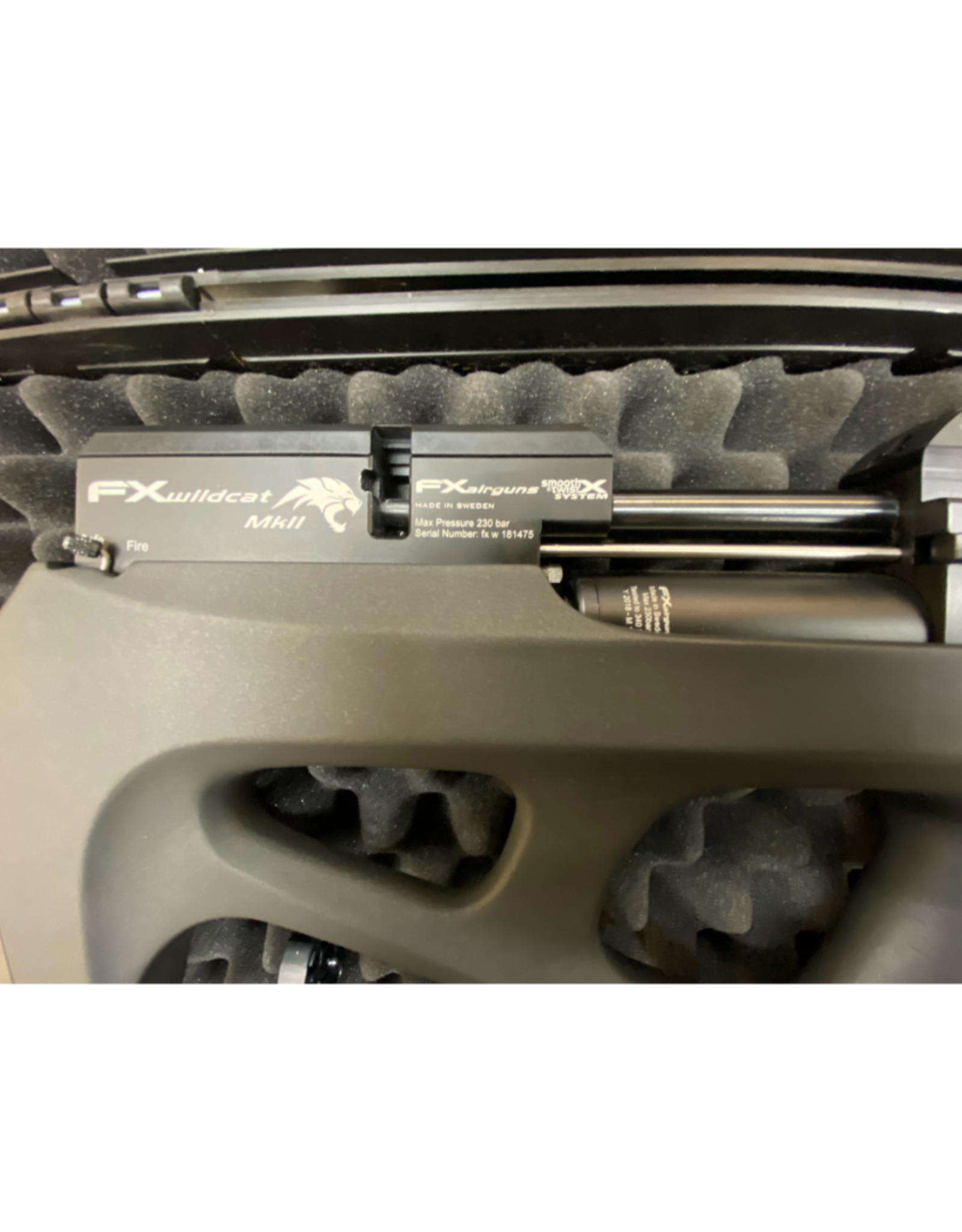 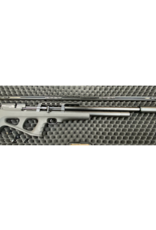 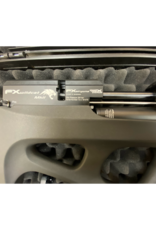 This gun is in great shape and comes in the FX hard case along with 3 magazines and DonnyFL Sumo, as well as an upgraded picatinny rail.

The FX Wildcat MKII is the second generation of the first truly full bullpup built by FX from the ground up. Meaning it wasnt based on an existing breech system that was converted to a bullpup design, but rather designed and engineered to specifically be a bullpup rifle. The FX Wildcat MKII synthetic delivers a compact, high power, and high accuracy bullpup. Featuring a completely redesigned magazine system for FX, gone are the tricky to load rotary mags, and in their place is a simple 8 round magazine that clicks into place in the breech with two spring-loaded ball bearings on either side of the magazine. The all new Wildcat MKII valve delivers consistent and regulated shots due to the internal regulator. With a full fill of the 230cc, non-removable aluminum air cylinder expect to get approximately 60 full power shots thanks to the regulator (300cc air cylinder in .25 caliber, achieving approximately 50 full power shots). The two-stage match trigger is simply one of the best around. You'd expect triggers like this only on high-end competition grade 10m rifles! It's set at 15oz from the factory and is fully adjustable to tune to your liking. This FX Wildcat air rifle comes in a soft touch coated synthetic ambidextrous stock. It weighs in at just 6 lbs in .22 cal and 6.5 lbs in .25 cal due to the longer barrel and larger air cylinder. FX spent a lot of time on the finish to the rest of the gun providing a true fingerprint resistant finish. The cocking lever is in a forward position right above the trigger on the right-hand side to provide easy cocking without the need to break your cheek weld and sight line. The actuation is incredibly smooth and the joy of cocking and firing the gun are only superseded by the accuracy. Like all modern FX air rifles, the FX Wildcat MKII Synthetic features the FX Smooth Twist Barrel Liner. A barrel that is truly innovative, completely rethinking how a barrel can be made. All of this combined clearly shows an exceptional quality and value for an air rifle that will excite the bullpup and tactical fan, while also performing as a full-length gun for the more traditional shooter.