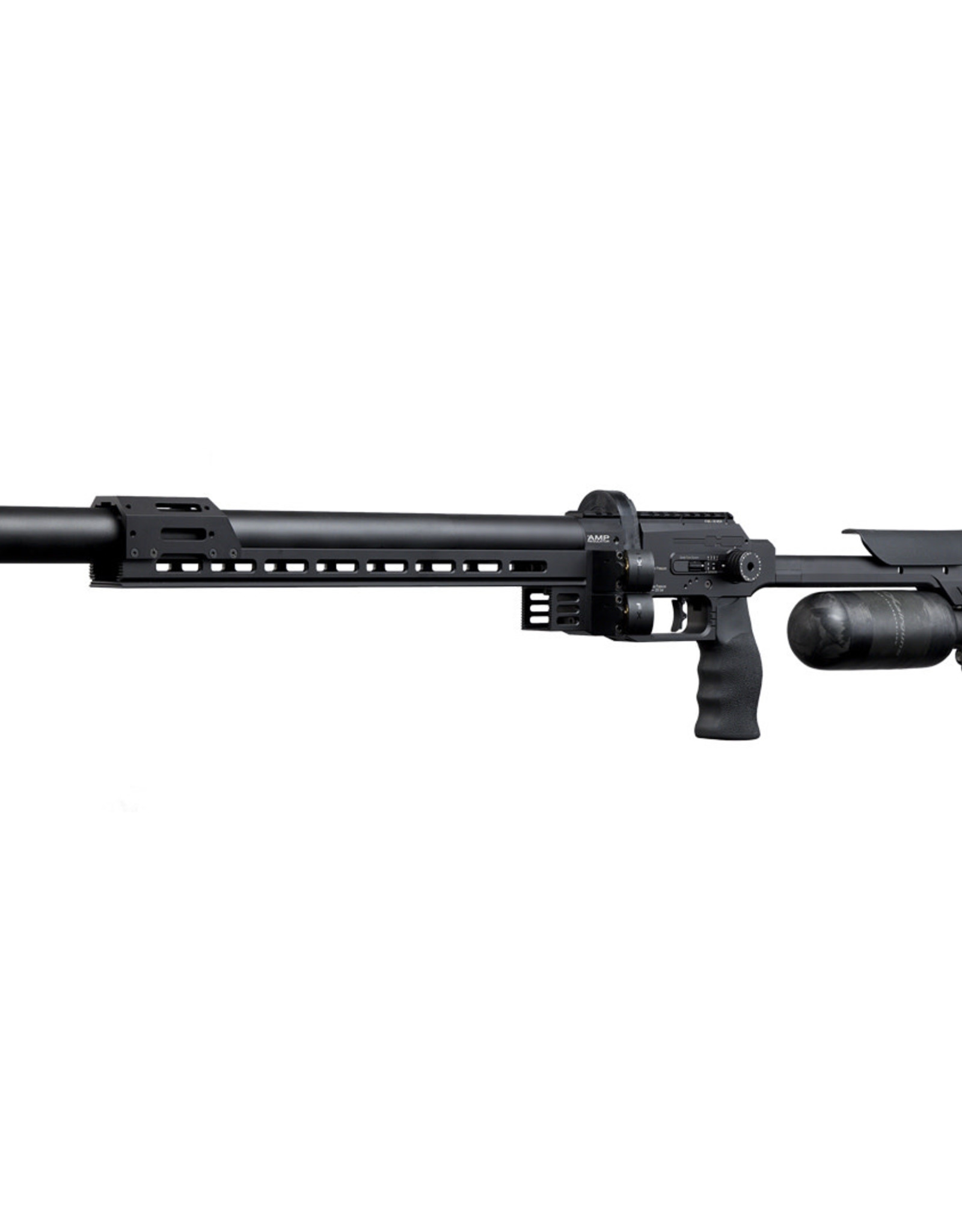 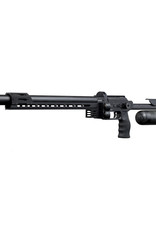 The FX Panthera is unlike any previous FX Airguns rifle. It is a dedicated slug rifle, purpose-built with precision competition in mind, accelerating the FX
Airguns legacy and pushing the boundaries of airgun performance. The Panthera includes technology displaying a generational leap-forward for an airgun.

It begins with the new Dynamic Block, a new breech block designed from the ground up for performance slug shooting. The Dynamic Block utilizes a compact one-piece valve. This High-Power / Short-Impulse Valve is extremely efficient while allowing an immense and precise flow of air.

The plenum design (i.e. Dynamic Plenum) feeding the Panthera is revolutionary and the first of its kind. It is an over-the-barrel plenum which provides a consistent regulated pressurized plenum around the barrel,adding increased rigidity to the barrel as well as allowing multiple plenum lengths to be employed to match the caliber and power of the rifle. Precise levels of pressure are maintained by the single AMP MKII Regulator. Three sizes of plenum will be utilized initially: a Micro Plenum (sub 12ft/lb rifles), Macro Plenum (62 cc) & Magnum XL Plenum (156 cc). The results of the Dynamic Breech & Plenum are extraordinary!

Testing has yielded constant 10 shot strings with standard deviations in the low 1.0–2.0 range and extreme spreads as low as 3-4. This ability to precisely control air flow paired with the world-class FX Superior STX barrel using premium slugs will yield competition wins, and not just in airgun competitions. .22LR precision shooters will identify the ability to shoot the same BC slugs and weights they are used to, but with the control and standard deviations that only FX Airguns can deliver.

Stock is designed for competition. It features a 14.75” long Arca rail complete with M-LOK sections and a barricade block nestled next to the breech (you can achieve an ideal balance point by adding external M-LOK compatible weights or internal FX Barrel Weights that attach under the shroud). The Panthera further fits the shooter using a fully adjustable buttstock and an adjustable cheekpiece that is also ambidextrous.

Air source is a 300cc carbon fiber bottle attached in the rear and is filled via a rear located foster quick disconnect. The Dynamic Block has a larger breech than previous rifles that allows projectiles up to 13mm in length. It uses the Standard Side-Shot Magazine but with a newly designed deeper lid to accommodate longer length slugs. The FX Panthera employs the Quick Tune System (the same as found on the FX Impact M3), uses a 20MOA picatinny scope rail, comes standard with a zero-angle AR grip, and has an ambidextrous sidelever cocking handle that is reversible to the left side of the rifle. Dual angled Manometers on the left side of the block show the bottle pressure and the regulated plenum pressure.

Additional accessories will be offered to further customize the rifle including a bag rider, barrel weights, offset M-LOK weights, smaller profile competition Mini-Mag, Picatinny accessory sections, and an optional tungsten hammer. The new FX Panthera will forever change the precision rifle world. It feels and shoots like a precision 22LR, enjoying straight back recoil, but with laser sharp precision and accuracy only found with an FX Airgun!

Note: Muzzle energy listed in the specifications of each rifle is for maximum setting. Due to differences in regulations the rifle is often produced with a lower muzzle energy from the factory. Contact your dealer for more info about muzzle energy in your region.

Add your review
0 stars based on 0 reviews